Skip to content
Laura A. Animation, autism, Disney, Wreck-It Ralph, Your Fave is Autistic May 7, 2016 3 Minutes

Wreck-It Ralph is one of my all-time favourite movies. It is extremely well-written, beautifully animated, has great and memorable characters and relationships, a fantastic villain, a compelling story, and lots of heart. It is, in my opinion, the greatest Disney film in a long time, as well as it’s most progressive (I’ll talk about why in another post). But one of the reasons why I love this movie so much is because the two main characters, Wreck-It Ralph and Vanellope Von Schweetz, resonate with me very deeply and personally. I see myself a lot in Vanellope, and I felt so much for Ralph. These are both characters who go through a lot of discrimination and hardship, and I think a good chunk of it is because I see them being coded to be autistic.

Now, it’s pretty obvious that Vanellope is coded to be disabled in at least one way due to being a glitch. Her actually glitching can be seen as a metaphor for a lot of disabilities and disorders (for me personally, I see it as stimming/flapping). Her story arc involves her being bullied, ostracized, and seen as a burden at best, dangerous at worst. She is seen as a ‘mistake’ that wasn’t supposed to exist. She is often told that certain bad things done to her are ‘for her own good’. Sounds pretty similar to ableist rhetoric, doesn’t it?

It goes without saying that a lot of people with disabilities and mental disorders IMMEDIATELY picked up how Vanellope was almost certainly disabled herself. I think it’s possible that she’s meant to represent (and empower) people of ALL different disabilities, though it’s entirely likely to read her as autistic in addition to having a physical disability (she is fascinated with racing and go karts, loving making her own karts, is very sharp and doesn’t pull punches, and is seen chewing and fiddling with the strings of her sweater). Her role as being a representation/metaphor has been hotly debated (though I personally think she is actually disabled, since she’s seen keeping her glitching even after she’s no longer a ‘glitch’), and while people could argue she’s less meant to represent autism as much as people with physical disabilities, I can say that Ralph is definitely coded to be autistic.

Despite having lived with giant hands for 30 years, he still has a lot of trouble with motor skills. He is very expressive and gets frustrated and emotional very easily, sometimes leading to overreacting and minor meltdowns. He has a lot of trouble with personal hygiene, resulting in spiky hair and bad breath, and he doesn’t have very good social or empathy skills (though he gets better with the latter by the end of the movie). He is fixated on getting a medal to get a better life (realizing that companionship and taking things slowly is better) and is extremely loyal to the people he loves. He has trouble wearing shoes (to the point where he goes barefoot at his friends’s wedding), isn’t very good at lying, and gets completely overwhelmed with the sensory nightmare that is Hero’s Duty. But what I find most interesting is how he is treated, and it goes a bit beyond him just being a bad guy.

You see, he is the only known bad guy that gets routinely stopped by the surge protector. ‘Special’ treatment? He is shown to be poor and stuck in a bad job position (a common problem for many autistic people). But most of all, he is told and realizes he can’t change who he is, and has to learn to come to grips with it, as long as he is accepted, has friends who understand and love him for who he is, and gets the help he needs.

Some people have pointed out that, if this movie was seen as a metaphor for class struggle, it kind of delivers a bad message about not being able to move out of your position and have to accept it. But if you read it as someone with autism, and where both he and everyone else realizes that’s who he is and he can’t change or cure it, and they give him the proper accommodations and he is able to take his struggles ‘one game at a time’, it becomes an infinitely more positive message. It also ties in with Vanellope’s story of being empowered and accepted, glitches and all.

It’s easy to see why this movie matters so much to me, and I hope it will continue to matter to a lot of people for a long time.

Published by Laura A.

I'm a Canadian blogger on the autism spectrum who loves storytelling across mediums, with a high interest in animated movies and video games. View all posts by Laura A.

2 thoughts on “Your Fave is Autistic Part 4: Vanellope Von Schweetz and Wreck-It Ralph” 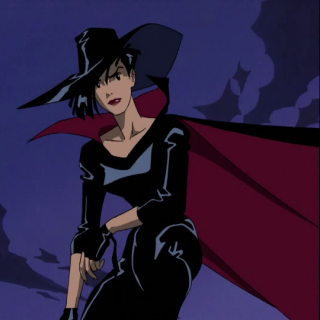 I'm a Canadian blogger on the autism spectrum who loves storytelling across mediums, with a high interest in animated movies and video games.